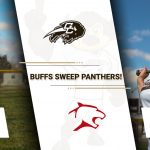 Softball nabs two, 1-run decisions There are a lot of different experiences that Trina Moquett has seen during her high school and collegiate softball playing career, then her junior college coaching years and now as head coach at Garden City High School. But nothing like what transpired late Thursday had ever been placed into her 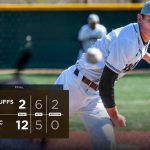 Demons prevail, 12-2, in WAC test Less than 24 hours after making a comeback in a victory against Liberal, the Garden City Buffaloes’ baseball team suddenly found its bats silenced in what eventually became a 12-2, 6-inning, run-rule loss Tuesday night on the road to rival Dodge City. The loss dropped the Buffs’ season record 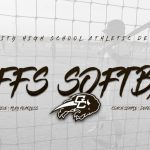 Lady Buffs’ softball trips Great Bend There are sometimes pivotal moments in a team’s season, and perhaps Tuesday afternoon in Great Bend, that moment arrived for the Garden City Lady Buffaloes softball squad. Trailing 5-3 going into their final at-bat in the top of the seventh inning, the Lady Buffs somehow came up with the 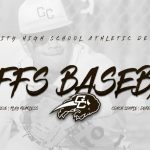 8 runs in two innings lift GC to win Through four innings of Monday’s single Western Athletic Conference baseball game against Liberal at Clint Lightner Field, the Garden City Buffaloes had done very little to help their cause. Offensively, they had just managed two singles while defensively they had committed two errors in the first 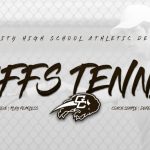 Buffs’ tennis mixes singles, doubles Garden City High School tennis Coach Logan Bevis had seen his boys’ team perform admirably during a two-week stretch of multiple tournaments with the same lineup. So on Monday, with a week to follow before hosting the Western Athletic Conference championship, Bevis opted to mix things up with his singles