A pair of junior bowlers for Garden City High School have been named to the first team all-state bowling teams by the Kansas Bowling Coaches Association.

Holly Bridges and Kaden Whitehurst, the top season-long bowlers for the Buffaloes’ girls and boys’ teams, were recently announced to the KBCA all-state first team.

Bridges and Whitehurst had already captured 2021 Western Athletic Conference Bowler of the Year honors in February and followed that up by placing sixth (Bridges) and ninth (Whitehurst) at the Class 6A state tournament in Wichita in early March. Bridges’ effort helped the Lady Buffs capture second place in the team competition at state. There, the Lady Buffs had a series total of 2,525 pins which was the third best mark of the 2021 campaign in Kansas.

“I’m incredibly proud of what these two outstanding bowlers and outstanding students accomplished this past season,” Buffs’ head coach Kip Nichols said. “They have been terrific leaders for both our girls and boys teams.” 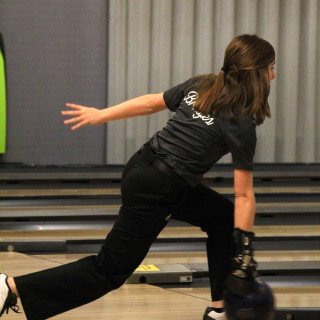 Bridges averaged 206.00 for her junior season which included regular season matches, the WAC championship, regionals and state competitions. The award includes all six classifications of bowlers. Her average was fifth best overall in Kansas this past season. She had a season high game of 268 with tied for 11th best in the state and her 743 series at the WAC Championship was the third highest individual series for the season.

Whitehurst averaged a career-best 219.00 for the season which stood as the seventh best mark in Kansas. He battled a late-season leg injury but still won the WAC, qualified for state and placed in the top 10. He had won the Class 6A individual title in 2020. 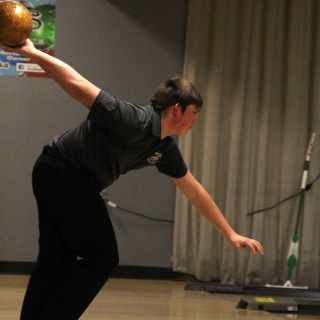 There were six bowlers named to each of the first teams.

Both will return in 2022 for their senior years and will be part of varsity teams that return either all (girls) or most (boys) of the 2021 varsity roster. Newcomers entering their freshman seasons next year will likely have an impact on varsity qualifying next season, Nichols said.

“The future of GCHS bowling looks very bright for both girls and boys,” Nichols said.