One dozen Garden City High School athletes, who competed in seven different programs, have been named to the Western Athletic Conference first-team lists.

Football led the way with five first-team selections while also adding five second-team picks after the Buffs finished 2-2 in the WAC to tie for second place with Dodge City and Liberal.

There were two each in boys cross country, volleyball and girls tennis while one made first team in girls golf.

With a 2-2 WAC record, good enough for a runner-up tie with Dodge City and Liberal, the Buffs garnered five first-team selections, two on offense and three on the defensive side of the ball.

Seniors Josh Janas and Trey Nuzum were the offensive first-team picks, with Janas earning his at running back after leading the WAC in rushing with 743 yards and 7 touchdowns. Nuzum, playing tackle on the O-line, was one of the mainstays for the Buffs while playing both sides of the ball. He recorded 3 sacks on the defensive side of the ball. 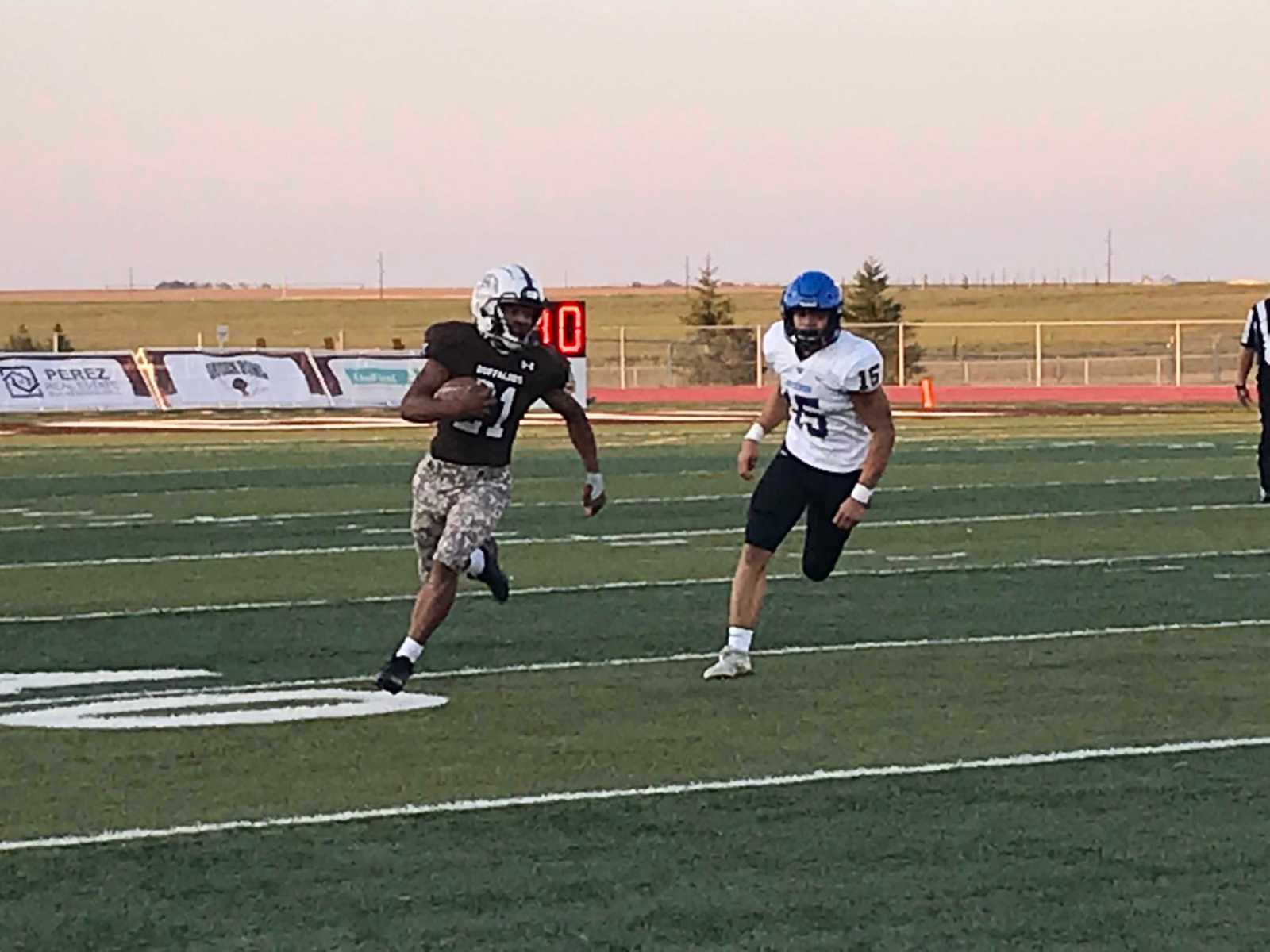 Junior Sage Riggs and sophomore Brooke Ptacek captured their respective Nos. 1 and 2 singles WAC titles this fall, and the resulting titles provided Riggs to be voted WAC Girls Tennis Player of the Year.

In tennis, only the league champion in each of the four divisions are voted to the first team. 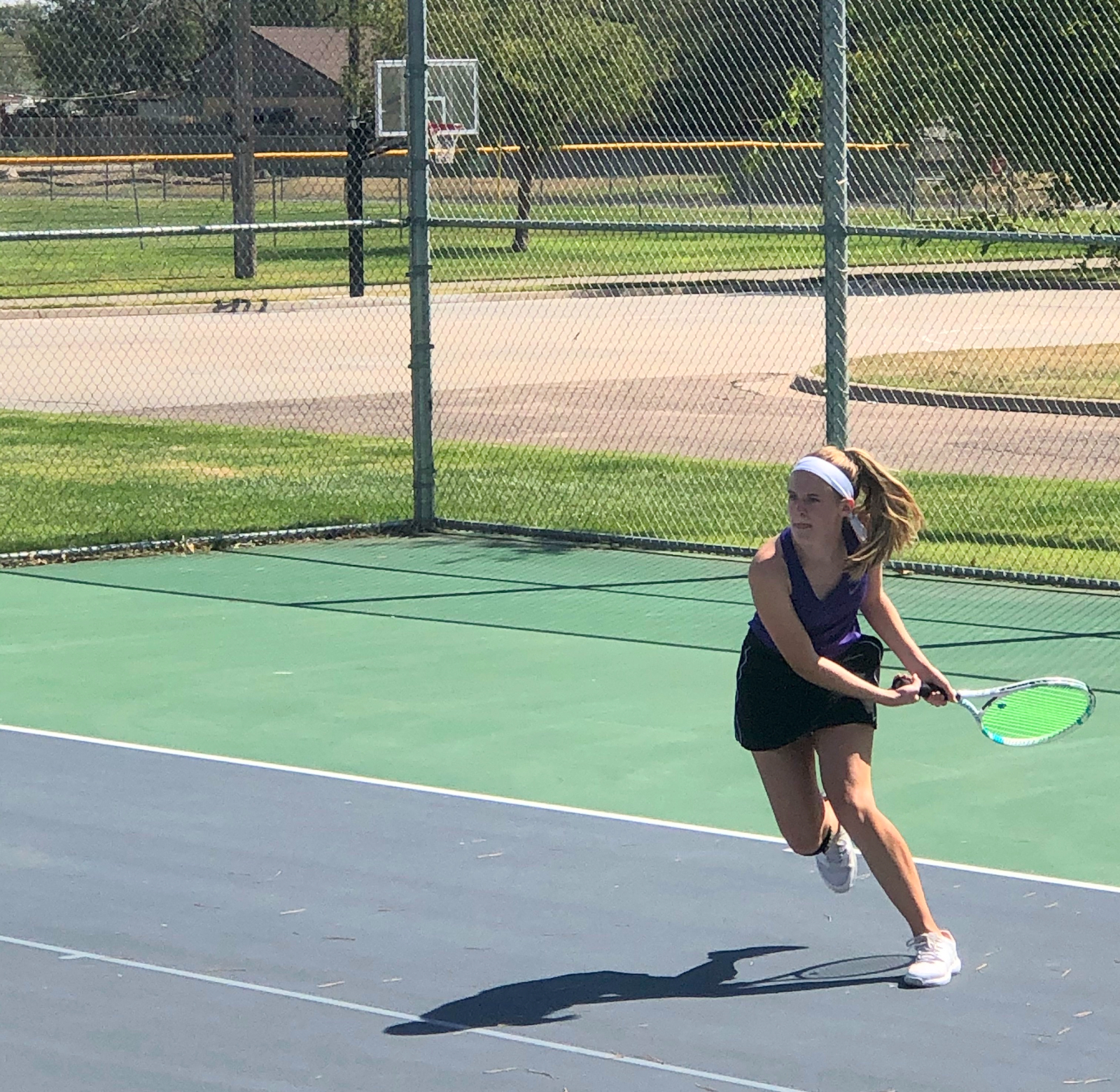 Riggs, who had played No. 2 singles in 2019, fashioned an impressive 30-6 season record and qualified for state for the third straight year. She never lost a match to a WAC opponent all season.

Ptacek perhaps made the biggest step of all the Lady Buffs players, finishing strong during the regular season and sweeping her four WAC opponents at the championship. Ptacek completed her sophomore season with a 27-10 record.

First-year coach Logan Bevis was voted Coach of the Year for guiding the Lady Buffs to the conference championship.

In a year when the other WAC teams were making steady improvements, the Lady Buffs volleyball still managed to extinguish their four opponents at the one-day, round-robin event, earning their 10th consecutive WAC team title.

Earning first team all-WAC honors were seniors Julie Calzonetti and Abby Ellerman while another senior, Melody Flores, was picked to the second team.

The Lady Buffs won their sub-state as well as the quarterfinal match against Derby in a one-time new format due to COVID guidelines and earned a spot at the Class 6A state tourney semifinals. They were unable to win any of their five matches and came home with much experience at the state and a final season record of 20-18.

Sophomore Devin Chappel and senior Brody Hoff were the sparkplugs for the Buffs’ boys cross country team at the WAC championship, with Chappel placing second and Hoff third to earn first-team all-WAC laurels.

Chappel would follow that effort by winning the individual gold medal at the Class 6A regional in Wichita and then placed 12th overall at the state meet in Augusta. His finish was the best of any sophomore in the field.

Hoff, meanwhile, had placed fifth at the regional and then placed 45th at the state meet.

On the girls side, Jocelyn Sosa took 8th in the WAC meet and earned second-team all-conference honors. Sosa later took second at the 6A regional qualifier and then finished 24th at the state site.

A youthful Lady Buffs golf team finished in third place this season as Hays and Dodge City placed ahead of them after the completion of five league meets, with each school hosting a tournament counting toward the league standings.

Sophomore Ryann Warren led the Lady Buffs with the lowest score in all league tournaments, scoring 56 points to place third in the individual points race to earn all-conference honors. The top 6 finishers make the first team. 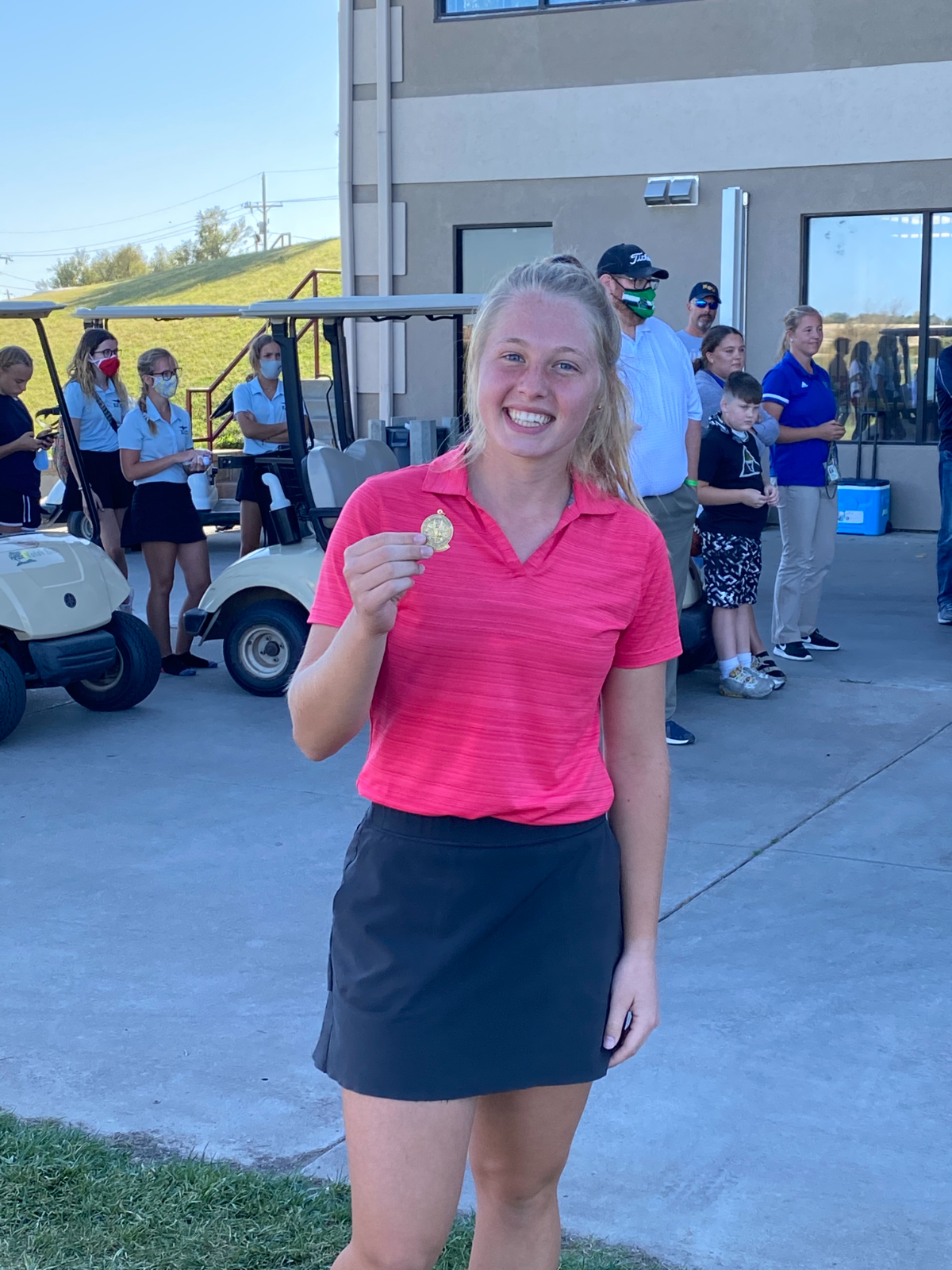 Warren also garnered the medalist honors at the 6A regional tournament in Dodge City and then tied for 20th at the 36-hole state tournament to earn a top 20 medal.

The Buffs’ boys soccer team placed third in the WAC team chase and three of their players were able to capture second-team all-conference awards.